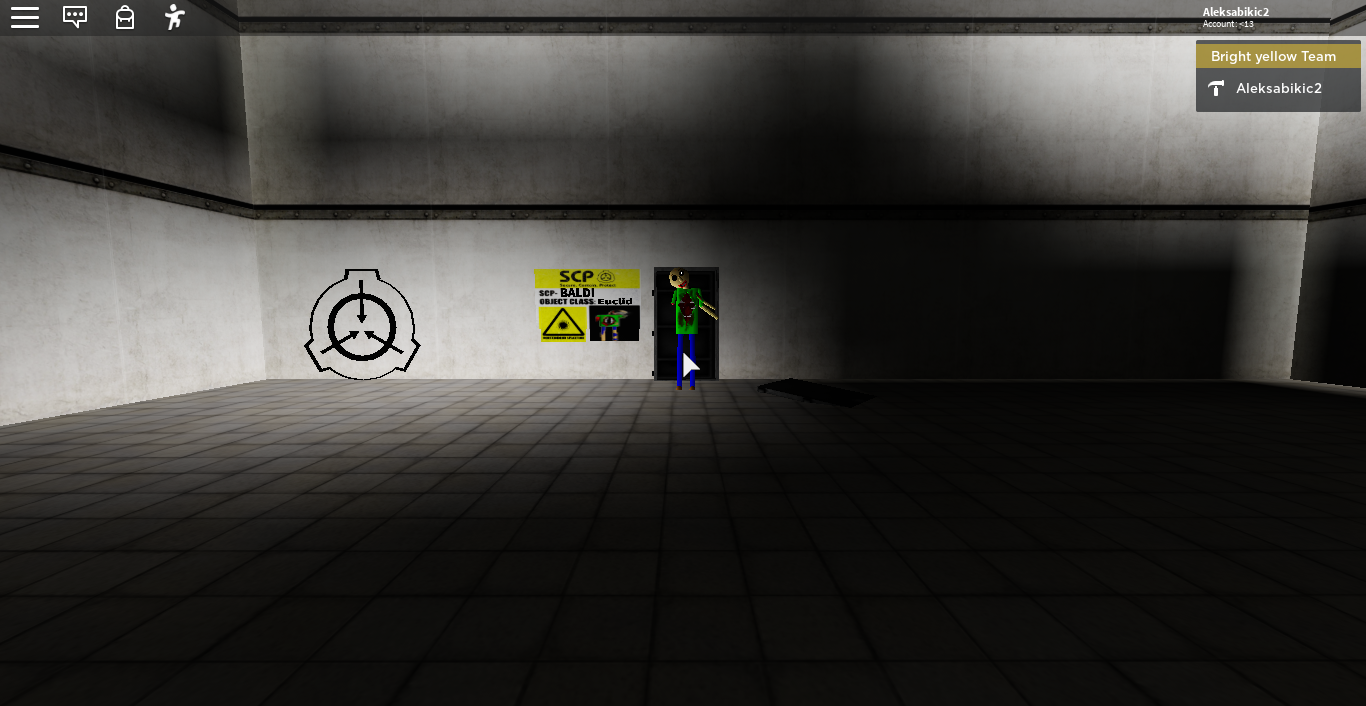 Object Class: Euclid SCP-Baldi Turns out to be a ribcage eating monster. 14/15 Years Ago, Bolder was using his clone machine to clone baldi, but all of sudden, the machine got broken, then the laboratory got abandoned. 7 /8 Months Ago, Baldi has killed Bolder, now Bolder is a ghost. Now guards are searching for SCP-Baldi, but SCP-Baldi couldnt be founded. So guards decided to call the two best persons for the job: Aleksabikic2 and SiPanGamercool. They were the only ones to investigate SCP-Baldi's Room. They founded him in the locked door. Using the panel they could lock SCP-Baldi back in.

The interview has been done until SCP-Baldi escaped:

Dr.▉▉▉: Jeez, you are a psychopath.

SCP-Baldi: WhAt DiD yOu SaY??

Dr.▉▉▉: I said your a psychopath.

The Guards Were Alerted That SCP-Baldi escaped, but this happend:

Guards: Get him boys!

Guard: *on speaker*: Attention!! SCP-Baldi has escaped its place, now we are looking for him.

Aleksabikic (Me): Any last words? *gets out laser gun*

Aleksabikic (Me): Well, time to get him back in the place.

Alek has succesfully managed to get SCP-Baldi back in his place. But bolder and the others were dead still, SCP-Baldi is very dangerous.